F is for Fox.  A friendly fox can be made using a circle as a head, and topped with two small triangles for ears.  A triangle makes the fox’s snout, finished by a small circle to indicate its nose.  Children can draw in the fox’s eyes, and some children may also chose to draw whiskers emanating from its snout.

I’ve also guided the children to create the F page of their dictionaries by making a flag.  Most flags can be made very simply with just a few Euclidian solids. For example, the flag of Greece can be made placing five long blue rectangles and four small blue squares over a white piece of paper: 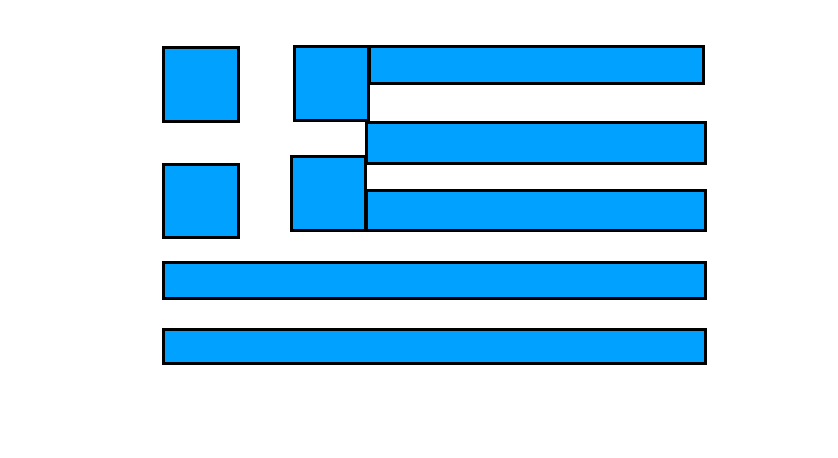